En Masse Entertainment has released an infographic celebrating the one-year anniversary of Tera. The image shows off “how many players of each class have died in PvP battle,” “how many monsters have been killed in-game,” ”percentage breakdowns of character class and sex, most deadly enemies, auction item records” and more. 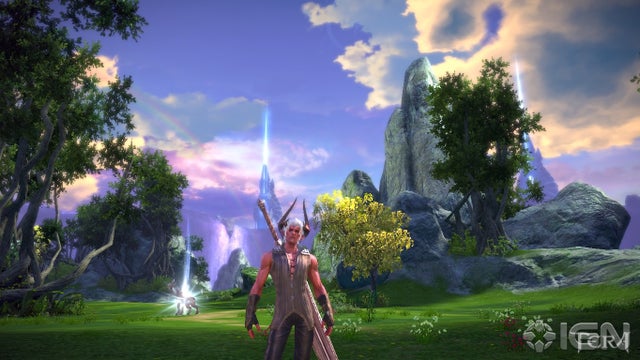 En Masse will also have events in the game throughout this month to celebrate the anniversary, “including a loading screen contest which will feature winning fan submissions as loading screens in the game, daily in-game tasks which reward players with raffle items, a new 10- and 20-person Kelsaik raid and in-game mystery boxes filled with rare and valuable prizes.”

Tera has more than 1.5 million registered users according to En Masse (half a million of which were picked up after its transition to free-to-play), and is “dedicated to keeping the game updated with fresh content and features.” Upcoming content includes “an expansive 20v20 battleground that asks players to defend and control strongholds with the aid of tanks, cannons and airships, and the introduction of the innovative, player-driven alliance system,” due to arrive this summer.